Barra Fishing Tips: How To Become A Fish Whisperer.

I have and while I’m not sure on the exact stats (there probably aren’t any), I know from fishing for years that it certainly seems true.

There are always a couple of guys on facebook, or in the local tackle shop competition, or maybe it is your neighbour… who always seem to catch fish! Good fish… Almost every time they GO!

They are the Fish Whisperers.

And while you sit there for seven hours losing your bait to tiddlers and hardly scratching up enough for dinner, they are giving fillets away!!

Now before I married Ryan I fished for many years and my excuse has always been… “I just love getting out in the boat and catching fish is a bonus”.

Quite frankly, I fished my certain secret spots at certain tides using my favourite bait, changing it up a bit, but pretty much doing the same old thing each time.

And sometimes it worked and well sometimes… (actually more often than not if I am really honest), I had a lovely day or night in the boat and on the bank, generously feeding baby bream and whiting to grow up big and strong so someone else could catch them. Sigh.

And I kind of thought those “Fish Whisperer” types were blessed with some extra sensory ability to interpret their top of the range sounders. Skills and equipment I just didn’t have.

I put a bit of effort in. But I never really thought I was doing it wrong. I figured some guys can just catch fish in a bathtub! I mean… not everyone is talented enough to win gold at the Olympics.

Plus, it’s not me that has the problem.

Fish are getting harder to catch.

I can tell you a story of a mackerel fisherman I knew back in the 90’s. He had dived every inch of his local reef and knew it like the back of his hand. He trolled his secret lures, varying the speed at exactly the right spot and filled his icebox every time. Everyone knew his name and he became a bit of a local fishing Legend.

But over the years that technique stopped working so well. While the young guns started cranking metal slices, he failed to change his methods and his catches fell and fell and fell.

He surmised that there was nothing wrong with the way he fished. There were just no fish left.

And yes while fish stocks had declined… the metal slices were still catching them even as trolling catches declined.

So I figured technology must be the answer. I bought more and more and more lures to try out. And a Loomis custom rod and read lots of magazines and…

Well… that also didn’t really work. Yes I did sometimes catch fish. But if you sit in the barber’s chair long enough you will eventually get a haircut.

Some things are bound to happen sooner or later. I never really thought I was doing it wrong.

But what about the Fish Whisperers like Ryan Moody? How do they catch so consistently?

Ryan and I were on holiday at Magnetic Island staying at a friend’s house. I mentioned I felt like fish for dinner and he said he would catch a flathead. We had no gear so he searched the cupboards for a fishing rod. He found an old bait casting outfit with a little lure attached. And off we went.

We arrived at the beach with borrowed rod in tow. He looked at the beach and suggested we have lunch and do some shopping first. We had lunch and watched as two men tossed lures up and down the beach for over an hour. One of them went home empty handed. One moved further up the beach without any luck. I was thinking we would be eating out tonight haha.

Eventually Ryan decided it was time to hit the beach. Walking to the exact section that the two men had been peppering with lures, he cast once, twice, three times – flathead.

Bit small he said. We will let him go.

What the hell just happened?

It wasn’t the rod or lure selection. There had been no choice.

It wasn’t time on the water? We just got there!

It wasn’t a secret spot? The area had been peppered with lures for over an hour with a no fish result.

So I asked Ryan how did he know?

He said the lure would work because it was small and the right size for flathead. It’s what they would be feeding on.

He said he looked for the fish in the shallows and cast directly to them – rather than willy nilly.

He said he waited until the tide was dropping off the flats as they would be sitting on the edge and waiting for a feed. So if you are at all curious to discover how YOU can become one of the 20% of fishers, stay tuned as I will soon be uncovering a number of solutions to potentially help you get the most out of your time on the water in our next post which can be found here: Barra Fishing Tips: 3 Elements you MUST get right.

Just imagine what your fishing outings would be like if this was no longer a struggle for you.

Oh… and to be sure you don’t miss our next installment AND get great fishing tips and videos from Ryan sent straight to your inbox PLUS be the first to know about our win a barra charter competition and other give-aways, enter your name and email below to join our free fishing community. 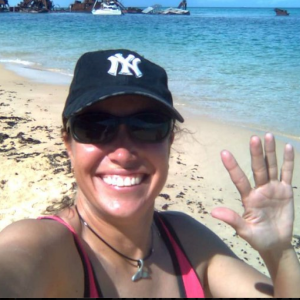