How to avoid Ciguatera poisoning

Guest fishing writer Nick Philippa shares his research on ciguatera poisoning and interviews Ryan Moody who had a bout of it back in 1997.

For years I’ve heard all about the ciguatera toxin and ciguatera poisoning and I really thought I knew what it was until I started research for this article.

Turns out I had a pretty good understanding but I wasn’t aware of just how many fish species are potential carriers and how often people are afflicted with this illness.

In 2014 in Townsville over 33 people had known cases of ciguatera, all from Spanish mackerel, and reportedly from one commercial seafood supplier.

So what exactly is ciguatera poisoning and equally as important, how can you avoid it?

Ciguatera is a toxin, with symptoms known to commence anywhere from an hour to 24 hours after consumption. The symptoms range from stomach cramps and diarrhoea to difficulty breathing. Courtesy of the Queensland Health Department, a full list of the symptoms is:
• Tingling and numbness in fingers, toes, around lips, tongue, mouth and throat
• A burning sensation or skin pain on contact with cold water
• Joint and muscle pains with muscular weakness
• nausea, vomiting, diarrhoea and/or abdominal cramps
• headache, fatigue and fainting
• extreme itchiness, often worsened by drinking alcohol
• difficulty breathing in severe cases

Although not listed by Queensland Health in the documents I found, several other sources also list temporary blindness and in extreme cases cardiac failure (death).

The carriers that are still able to be taken are Spanish mackerel, red emperor (yep that one shocked me too), coral cod, coral trout, trevally, yellowtail kingfish and some lesser known species like wrasse and surgeonfish (which are both known algae eaters). When snorkelling or SCUBA diving you can often hear various wrasse and surgeon fish chewing into coral, they are eating the algae from the coral.

Moray eels are apparently carriers of the most concentrated levels of the toxin.

Depending on what articles and fact sheets you read, you shouldn’t eat Spanish mackerel (for example) over 12kg, 14kg, or 20kg. In one recent instance one angler claimed to have ciguatera symptoms after eating an 8kg Spanish mackerel! One thing you can be sure of is that the larger the Spanish mackerel, the more risk that they have high levels of the toxin as it accumulates in the body – so larger fish end up with more.

According to some researchers, the amount of toxin in the gonads, roe and liver can be up to 50 times greater than an equivalent amount of muscle.

The highest human mortality rate from ciguatera poisoning (20%) is attributed to the consumption of a shark (Carcharhinus amboinensis) on the east coast of Madagascar. In that incident 500 unfortunate diners were poisoned and 98 subsequently died (Donati A.C. 2006, Fishnote #41, Northern Territory Government).

How to avoid ciguatera

The easiest way to avoid ciguatera is not to eat large pelagic and tropical reef fish, particularly those mentioned above.

Alternatively eat only small portions of any one fish and avoid eating flesh from the same fish over successive days.

One method of keeping track is to place all the fillets from any potential carrier into the one zip lock or cryovac bag or number them accordingly. For example, since doing this research I now name my zip lock bags with the fish species and the date. Not only is that handy when diving into the freezer to find something to cook, I also number each individual fish from that trip. It sounds excessive maybe but if anyone develops symptoms, I won’t have to look through my freezer to find all the coral trout fillets for example, instead I can throw out that one bag with the remaining fillets.

Unfortunately there is no easy way to tell a carrier and could be why sailors in the old days fed fish first to the ships cat!

Personally I take trevally to 5kg for hot smoking, coral trout to 5kg and Spanish mackerel to around 14kg and I’ve never had any problems. I eat a lot of fish and touch wood I never get the symptoms.

As the toxin is more concentrated in certain body parts, avoid eating the liver, roe, head or viscera of any tropical marine fish.

Something I didn’t know is that renowned barramundi guide, Fish Smarter owner and Barra Basics co-creator Ryan Moody suffered from a very bad case of ciguatera, so much so that he now only eats inshore fish. I asked Ryan about his experience and let’s just say it doesn’t sound like a fun day out.

In 1997 Ryan was installing an air-conditioner with his dad and then got fish and chips for dinner. On this particular night it was a larger Spanish mackerel reportedly around 15kg. After eating at 8pm Ryan woke up at 2am, feeling itchy and hot all over. Everyone who had eaten the same fish was experiencing the same symptoms.

Ryan tried to drive to hospital but part way through the trip he lost all feeling in his legs and feet. He lost the ability to use the accelerator or brakes. Fortunately in a sense Ryan was experiencing the worst symptoms, probably due to his time on charter boats on the reef and years of reef fish consumption, notably large coral trout and Spanish mackerel.

Ryan’s dad took over as driver, upon reaching the hospital he was informed that the only known treatment was antihistamines, of note is that ciguatera wasn’t as well researched back then.

Antihistamines had no effect and Ryan was told to just wait. After two weeks lying in bed almost paralysed the family did some research and found an article about a Fijian who was so badly affected with ciguatera they flew him to Brisbane. During the journey they gave him a saline drip and he almost instantly recovered and was able to walk off the plane.

After reading this Ryan went straight to a doctor and requested a saline drip, after only half an hour he could feel a noticeable improvement and was able to leave unassisted. The symptoms returned about eight hours later but were less intense.

Ryan has since learned that ciguatera does not allow fluids you drink to pass through the kidneys, so urination doesn’t occur. However as the saline drip is fed straight into the bloodstream it can flush the toxin. Let’s just say that after the saline drip, Ryan had a prolonged bathroom break!

For quite some time Ryan was unable to touch anything cold because it felt like a cold burn. Also he had to have someone test the shower temperature as he burned himself twice after not being able to feel heat properly. The toxin affects the nervous symptom, so Ryan also experienced pins and needles and burning lips almost constantly. Possibly worse, Ryan had a strange pulling sensation in his spinal cord that felt like someone was playing tug of war with it.

In total Ryan was sick for approximately nine weeks, and then took another eight weeks to recover lost muscle strength. Ryan still has difficulty feeling extremes in both hot and cold. Ryan was unable to eat fish, caffeine, alcohol or any other stimulants as the doctor told him it could bring back the symptoms.

So folks if there’s one take home message in this post, it’s to do your best to avoid potential ciguatera carriers. It’s not worth the risk keeping larger sizes of known carriers.

I hope the tips in this article have helped you understand ciguatera a bit more and hopefully you start writing on your freezer bags! Happy fishing.

Have you been waiting for Wonky Holes?

CATCH LARGE MOUTH NANNY-GAI HALF WAY TO THE REEF!

As always we would love to hear your views and experience you may have had with ciguatera poisoning, or any insights you’d like to add below in the comments. 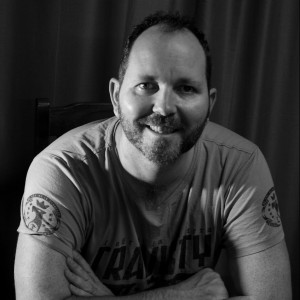